Why You Can No Longer Afford to Ignore Google Adwords! 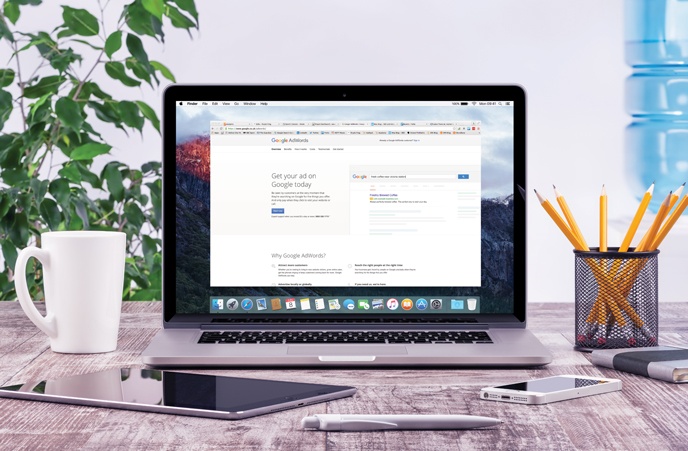 Take a look at Google. Type something in, type anything in. What do you see, what are the first few positions taken up by? Ads or more specifically Google Adwords.

In February this year the Google juggernaut announced a change to the layout of its SERPs (Search Engine Results Page) which included a re-jig of its ads and Adwords. The move, if you didn't see it, was to remove the sidebar ads and increase instead the number of ads listed in the traditional positions from three to four. This was essentially to bring the desktop version of its platform in-line with the mobile version which had seen an increase in its displayed ads for few years.

As you can imagine marketeers and advertisers were up in arms about the loss of advertising space. But like those pair of shoes that your friends dog chewed, you didn't use them anyway. Seer Interactive confirmed this suspicion when they posted a graph of their clients’ right-hand side ads’ traffic in comparison to the traffic from their top ads. 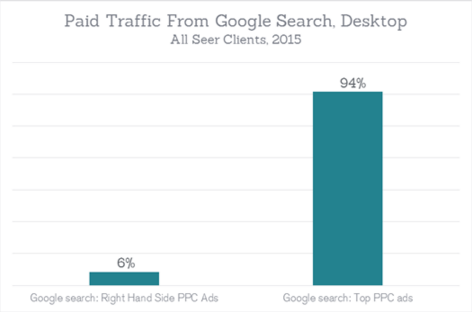 As you imagine, the CTR of the two is almost non-comparable.

So everyone won then?

Well no. Naturally there were some losers, particular those companies that dominated the top of organic rankings as they were immediately relegated slightly further down the page. However this if nothing else increases the need for companies to invest, and invest well, in long-term SEO campaigns.

There was also the fear that smaller companies would get bullied out by larger, deeper-pocketed rivals who would be able to compete far better for both PPC ads and the SEO driven organic rankings.

However, this certainly doesn't detract from the benefits of PPC and Google Adwords, and the opportunities which it presents to your company.

So how do we overcome these challenges?

The same as before. The best way of thinking about this major change in the structure of Google's SERPs is to identify what makes for good ranking in the first place?

Great UX, excellent user journeys and interesting, engaging content! All Google has done is place even more emphasis on great SEO and website design's. This rather significant alteration can be placed - as with most internet things - to Google's healthy obsession with providing excellent content and experiences to all its users.

As with larger updates before it (Mobilegeddon springs to mind), Google wants to display its users with only great websites and essentially push companies that aren't providing this to run with the times.

Google's new SERPs configuration places even more emphasis on nailing you SEO. How are you doing? Find out here.

So get on with it, why can I "No Longer Afford to Ignore Google Adwords"?

Easy does it I was just providing some context!

The benefits in investing have always been reasonably obvious and revolve around the age-old problem of measurably marketing results. Put simply, you only pay for those clicks of people are interested in your product or service. This makes it immensely easy to measure your ROI on PPC. Therefore budget's and forecasting become that little bit easier.

However, now with Google's ad structure change a wealth of possibilities have been opened.

1. PLA's time to shine: For e-Commerce sites PLAs (Product Listing Ads) are now the hottest thing on the market and according to WordStreams Erin Sagin, "they are only get hotter". Why? Because the increase in space at the top of SERPs allows for far more of these to be displayed. In other words, why have a page of a product on a SERP is you can just show them the product there and then?! 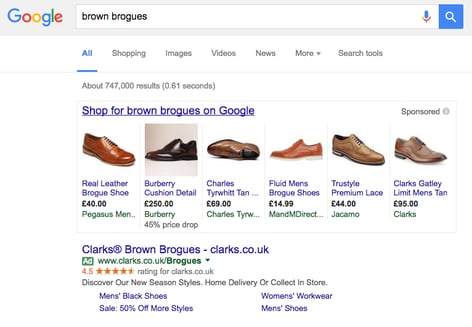 2. Double your money: This is the ultimate in ensuring you are seen on SERPs and that you have nailed your SEO. If you can target the keywords which you are already ranking well for you can appear once, twice or even three times on the top half of Page 1, essentially doubling or tripling your real estate!

3. PayAsYouGo: This filters back to the ROI point made earlier. Ensuring you are only paying for users who are already qualified to a certain extent will ensure your conversion rates are exactly how you want them. High!

4. Engagement: This certainly seems to be the holy-grail of all Digital Marketing. Engagement and how to increase it? The facts and data don't lie when it comes to CTR's and engagement levels of Google's Adwords. Forbes' John Rampton notes "These engaging ads mean more revenue for Google, and advertisers as well because of new ad formats and extensions." 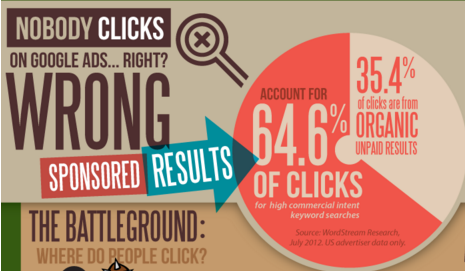 5. Your competitors are doing it: This one should be self-explanatory. Due to the speed that Adwords work - almost immediately - you can gain or make up ground very quickly over you rivals. This makes sense as according to Moz, 80% of search results now contain Adwords ad placements! If you aren't doing it your competitors certainly are!

As above the new changes to Google's SERPs places emphasis on having a good balance of UX, SEO and PPC advertising. Ensuring you have a good mixture of all three can make or break your online presence and the fact that over 80% of returned results now have some sort Google Adwords on, you simply can no longer afford to ignore Google Adwords! 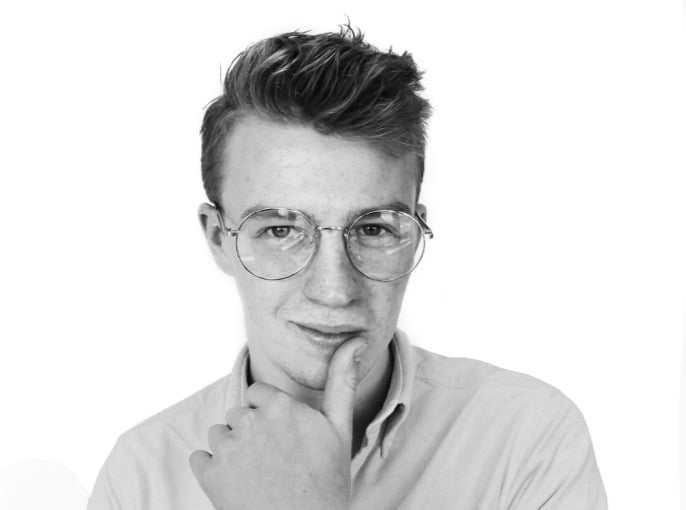 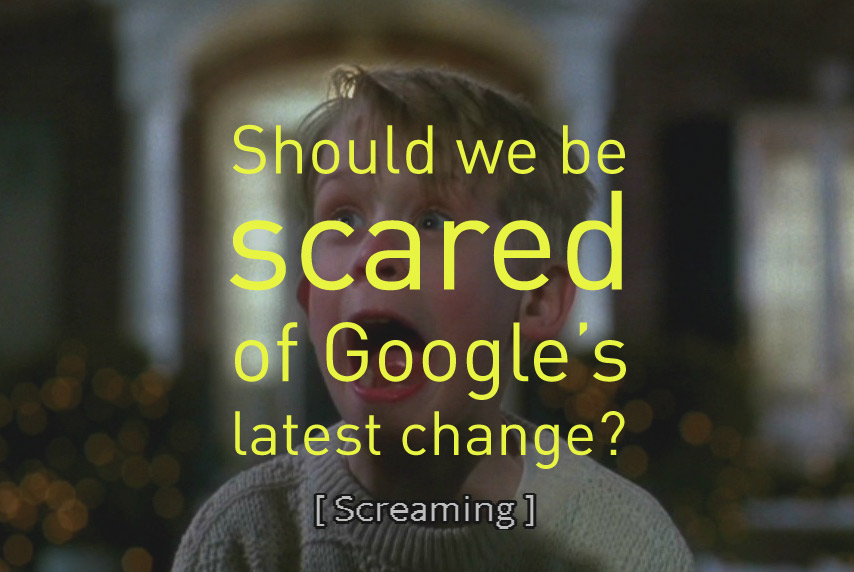 Another Google Tweak: how...

Like the terror-stricken Kevin McCallister here, you too could be forgiven for turning round and hiding under the bed covers...

SEO? Exciting? Surely they're mutually exclusive I hear you wail (I imagine you're wailing anyway, but perhaps not!).